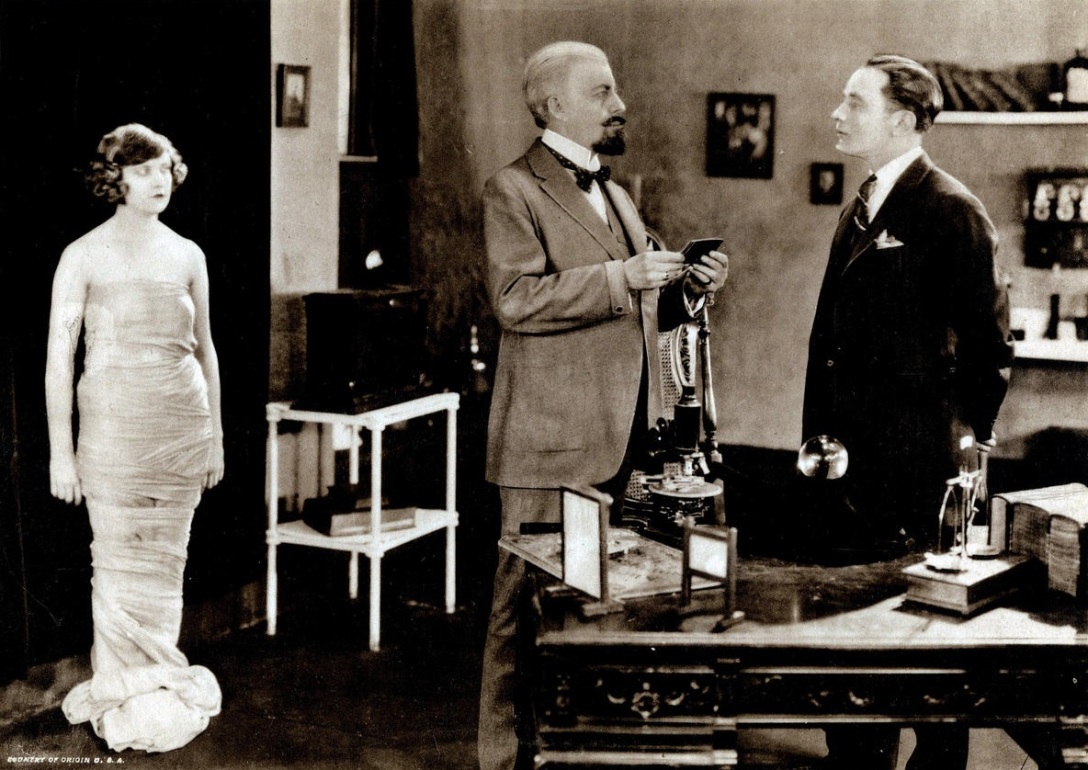 The conclusion of a new blog for Wordsworth Editions

Growing increasingly bitter in his grief, Houdini never tired of exposing mediums, even while touring at the height of his fame. As he told a reporter from the Los Angeles Times, ‘It takes a flimflammer to catch a flimflammer.’ So it was that when the Scientific American, capitalising on the interest in Conan Doyle’s lecture tours, offered a $2,500 prize to anyone who could produce under test conditions ‘an objective psychic manifestation of physical character’, Houdini was invited to sit on the investigating committee in what was almost certainly intended as a deliberate provocation of Conan Doyle to shift more copy. The other committee members were William McDougall (Professor of psychology, Harvard); Daniel F. Comstock (MIT); Dr. Walter Franklin Prince (Head of the American Society for Psychic Research); Hereward Carrington, psychic investigator; and Malcolm Bird, the assistant editor of the Scientific American. Conan Doyle was not impressed, writing to Houdini:

I see that you are on the Scientific American Committee, but how can it be called an Impartial Committee when you have committed yourself to such statements as that some Spiritualists pass away before they realize how they have been deluded, etc.? You have every possible right to hold such an opinion, but you can’t sit on an Impartial Committee afterwards. It becomes biased at once. What I wanted was five good clear-headed men who would stick to it without any prejudice at all –

Once the Committee got rolling and investigated several mediums without finding anything supernatural about any of them, Doyle dismissed it as a ‘farce’. This was to change with the arrival of ‘Margery’ the medium.

‘Margery’ was the 36-year-old wife of the Boston surgeon Dr LeRoy G. Crandon, Mina. Like Jean Doyle, it had been her husband who first became interested in Spiritualism before Mina discovered her medial abilities. She had given demonstrations before the Nobel Prize winning physiologist-turned-parapsychologist Charles Richet in Paris and performed a séance for the Doyles in London. It was Conan Doyle who recommended the Crandons contact the Scientific American. Mina was a charming and attractive woman, and as a surgeon’s wife she had the social skills to negotiate the attention of Ivy League investigators and the East Coast elite. That the Crandons were rich gave her ‘abilities’ additional credibility, as she clearly did not need the prize money. She often conducted séances naked, allowing herself to be examined to prove she literally had nothing up her sleeve.

Soon after, Malcolm Bird arrived in Boston to conduct a preliminary investigation. Mina duly demonstrated her ability to summon unearthly noises such as ghostly bugle calls and the rattling of chains, and to illuminate the darkened séance room with brilliant flashes of light. She stopped clocks with her mind, made objects float about the room, and apported items as various as dollar bills and live pigeons. Her showstopper was to channel the spirit of her dead brother, Walter Stinson, who had been killed in a railway accident. While in a trance state, Mina spoke in Walter’s voice, and used language that Bird and Crandon felt could never possibly pass the lips of a gentlewoman. Bird was greatly taken with the Crandons, and urged the doctor to write to the committee suggesting they set up camp in Boston, which was agreeable as Professors McDougall and Comstock were already based nearby. Bird and Hereward Carrington, in fact, stayed with the Crandons as their guests. Both men were attracted to Mina, and she initiated an affair with Carrington. Bird wrote two pieces for the Scientific American citing Mina’s abilities (using the pseudonym ‘Margery’) in 1923 and 1924, and he now began preparing an article for the July 1924 issue that would strongly imply that ‘Margery’ was likely to qualify for the prize.

Houdini, thus far, had not been involved in the investigations as he was on tour. The first he heard of ‘Margery’ was, like everyone else, from Bird’s reports in the Scientific American, ‘the worse piffle I ever read … fulsome, gushing reports of nothing.’ He rushed to New York to have it out with Bird, who was apparently preparing to certify Mina Crandon as genuine before the full committee had even been convened. To make matters worse, the July issue of the magazine was now in print. Houdini was furious. From what he’d read of ‘Margery’, he was sure his fellow committee members were being duped and was horrified that Bird and Carrington had become so friendly with the Crandons. ‘If you give this award to a medium without the strictest examination,’ he warned Charles Allen Munn, the editor of the Scientific American, ‘every fraudulent medium in the world will take advantage of it.’ Accompanied by Munn, Houdini headed for Boston on a mission of damage limitation, although the other committee members had by then conducted the better part of fifty séances with Mina.

Whereas the Crandons had courted the rest of the committee, who were of the same social class, Houdini was clearly a threat and he believed he had been deliberately excluded from the investigation despite Bird’s protestations. Dr. Crandon was also corresponding with Conan Doyle once a week and had obtained an advance copy of Magician Among the Spirits, cowritten by Houdini and H.P. Lovecraft’s old friend from Weird Tales magazine, C.M. Eddy Jr. In the book, Houdini had liberally quoted his correspondence with Conan Doyle and offered his own account of the Atlantic City séance. No gentleman, they agreed, would ever have made private letters public, ‘entirely disregarding the usual obligations of civilized society.’ Crandon reassured Conan Doyle that he and his wife planned to ‘crucify’ Houdini by conclusively proving ‘the most extraordinary mediumship in modern history.’

The first séance took place at the Crandon’s home on the evening of July 23. As was the convention, the room was kept in total darkness (as bright lights were anathema to spirits), with the sitters in a circle around a table, all holding hands. Mina was seated in a ‘cabinet’ (dressed on this occasion), a three-sided wooden box introduced into Spiritualist practice by the Davenport Brothers, two famous mediums that had long since been exposed as frauds but whom Conan Doyle still championed. Bird was seated on Mina’s right, her husband on his right; Houdini was on her left. Bird held both Mina and Dr. Crandon’s hands in one of his, so that his other was free ‘for exploring purposes’. In addition to holding her hands, both men’s legs were in contact with Mina’s. In preparation for this, Houdini had worn a tight silk bandage below his right knee all day so that his leg had become swollen and tender, and thus sensitive to any sensation of movement from Mina. Part of Mina’s ‘psychic phenomena’ was the ringing of an electric bell enclosed in a box placed in front of her on the table that was activated by pressure on the lid. ‘Walter’ would use this device to communicate simple ‘yes/no’ answers. As the committee members were sure that in previous experiments they had ‘perfect control’ over her hands and feet, they could not account for the ringing of the bell. Houdini, however, could…