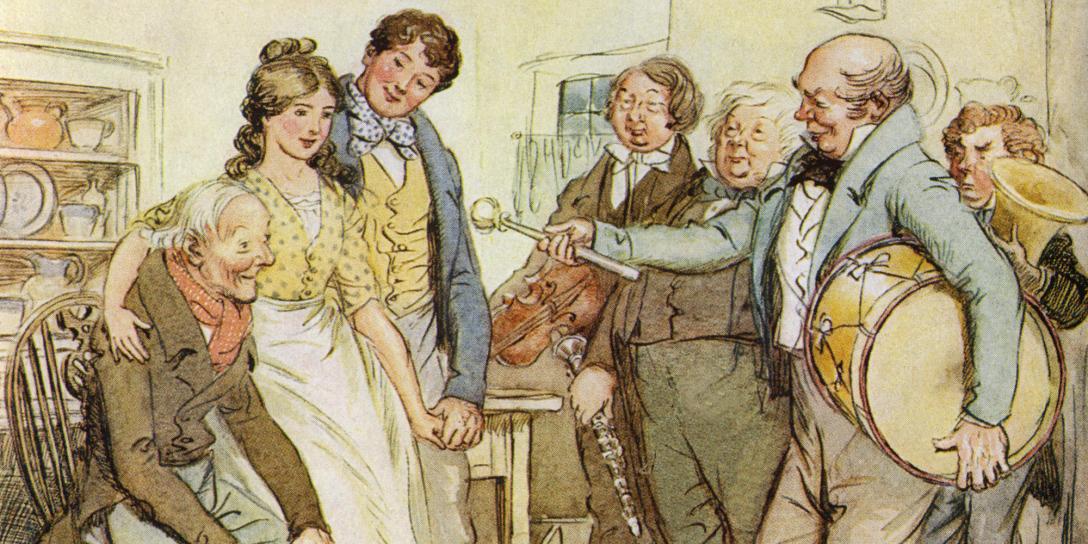 My latest for the Wordsworth Blog, on the stories that followed A Christmas Carol…

As the fairy lights go up and we max out our credit cards, I think we can all agree that Christmas wouldn’t be Christmas without Dickens’ A Christmas Carol. Consuming it in some form is as much of a tradition as the Bond film. The 1951 film version with Alastair Sim still brings tears to my eyes, while my wife’s favourite is The Muppet Christmas Carol and my son loves Bill Murray’s Scrooged. (We will watch them all this month.) And then there’s The Man Who Invented Christmas, a film about Dickens writing A Christmas Carol, and a new adaptation coming to the BBC this Christmas, from the team that bought us Peaky Blinders. You can’t get away from it, and rightly so. Dickens’ redemptive gothic novella still carries enormous power – a loud and enjoyable hymn to human decency, love and civic responsibility that makes us all want to be a better person, at least for one day. On reading it in 1874, for example, Robert Louis Stevenson wrote to Mrs. Sitwell that, ‘I feel so good … and would do anything, yes and shall do anything, to make it a little better for people. I wish I could lose no time; I want to go out and comfort someone!’ (Colvin: 1912, 88).

What’s perhaps less well-known is that A Christmas Carol was the first in a series of Christmas books by the great man – an ongoing project that combined the core themes of charity and redemption with a critique of the Utilitarian indifference to the hopeless lot of the poor. These follow-up stories are not as iconic as A Christmas Carol, and the Muppets have never done one. Nonetheless, they remain well worth a read, especially at this time of year.

Dickens loved Christmas, a celebration that was acquiring its current form in the late eighteen and early nineteenth centuries. Influenced by Washington Irving, who included four essays on Christmas traditions in The Sketch Book of Geoffrey Crayon, Gent, Dickens believed that an old English Christmas could foster the kind of social harmony that he felt had been lost in the brutal Darwinism of the Industrial Revolution. When Scrooge talks of the poor dying to ‘reduce the surplice population’, for example, he is quoting Thomas Malthus’ An Essay on the Principle of Population, which rejected charity and influenced both Whig and Tory economic policy in the 1830s. Before A Christmas Carol, which was thrown together to offset the commercial failure of Martin Chuzzlewit in 1843, Dickens had already written about ‘Christmas Festivities’ for Bell’s Weekly Messenger in 1835, which became ‘A Christmas Dinner’ in Sketches by Boz, and, most notably, added ‘The Story of the Goblins Who Stole a Sexton’ to The Pickwick Papers, in which the solitary and mean-spirited Gabriel Grub discovers the true meaning of Christmas after being shown the past and future by graveyard goblins.

After the success of A Christmas Carol, albeit muted by a reckless decision on the author’s part to shoulder the expenses for the book’s colourful seasonal design, and warmed by overwhelmingly positive reviews, Dickens resolved to embark upon a series, later writing that, ‘My purpose was, in a whimsical kind of masque which the good-humour of the season justified, to awaken some loving and forbearing thoughts, never out of season in a Christian land’ (Dickens: 1920, 1).

In 1844, one year on from A Christmas Carol, Dickens wrote The Chimes: A Goblin Story of Some Bells that Rang an Old Year Out and a New Year In which was, like its predecessor, published by Chapman and Hall. It was illustrated by Daniel Maclise, Richard Doyle, William Clarkson Stanfield and John Leech, the latter having also illustrated A Christmas Carol. The Chimes is an often very angry piece, even more critical of prevailing social and economic theory than A Christmas Carol. As his best friend and later biographer John Forster wrote:

When he came therefore to think of his new story for Christmas time, he resolved to make it a plea for the poor. He did not want it to resemble his Carol, but the same kind of moral was in his mind. He was to try and convert Society, as he had converted Scrooge, by showing that its happiness rested on the same foundations as those of the individual, which are mercy and charity not less than justice (Forster: 1905, I, 386).

As The Chimes’ long subtitle suggests, like A Christmas Carol, the premise goes back to the light-hearted Pickwick story…

LINKS TO MY BOOKS:

The Author Who Outsold Dickens