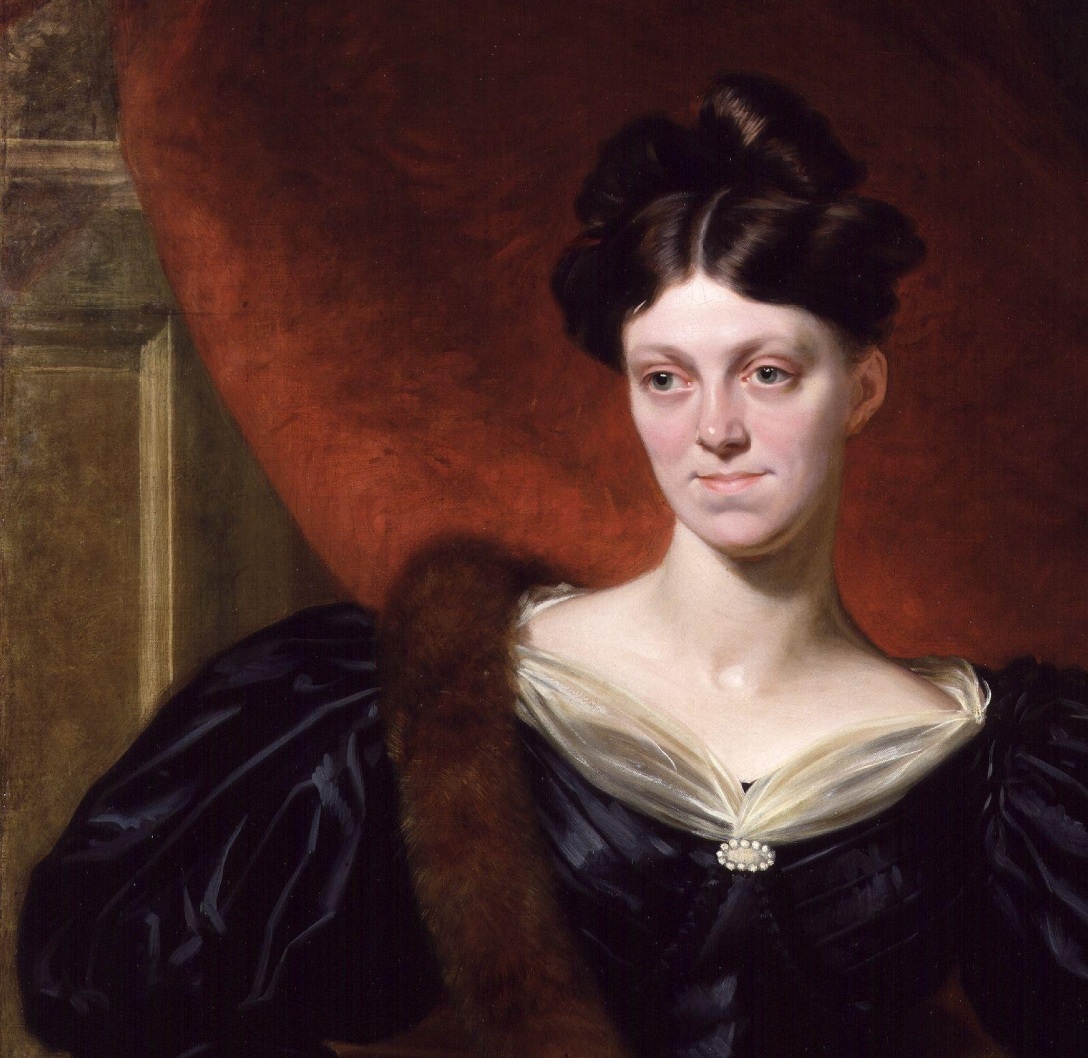 Harriet Martineau was a British economist, historian, journalist, moralist, novelist and travel writer. ‘Authorship has never been with me a matter of choice,’ wrote the prolific Miss Martineau in her autobiography of 1855, ‘I have not done it for amusement, or for money, or for fame, or for any reason but because I could not help it.  Things were pressing to be said; and there was more or less evidence that I was the person to say them.’  And say them she did: her vast output of homespun, hegemonic moral fables of political economy and unquestioning commitment to the Utilitarian ‘general happiness principle’ made successive Chancellors fearful of making a move without consulting her first; her sales were enormous and she was a ‘social lion’ whose circle included the majority of the great and the good in nineteenth-century English letters and politics, all happy to bellow into her ear trumpet.  Whether loved or loathed by the Victorian intelligentsia (she was both), Martineau’s influence cannot be overstated, although much of her writing now seems dated, clumsily constructed, downright simplistic and notably arrogant.  As a single woman in a man’s world however, Martineau’s achievements were remarkable, and she belongs in the pantheon of eminent Victorian women which includes Flora Tristan, the Brontë sisters, Elizabeth Gaskell, Elizabeth Barrett-Browning, Florence Nightingale, George Eliot, Josephine Butler and Emmeline, Christabel and Sylvia Pankhurst.

Martineau was not born to this role.  Her autobiography describes an unhappy childhood.  The sixth of eight children in a Unitarian Norwich family, the withdrawn, bookish Harriet was almost completely deaf by her early teens, her inability to understand parental orders often misinterpreted as either wilfulness or stupidity.  She later wrote of this period that she longed ‘for independence of action – for an escape from the conditions of childhood.’   This escape came when an economic crisis mortally wounded the family textile manufacturing business in 1826, her father dying the same year and the business collapsing in 1829.  Already published in the Unitarian Monthly Repository, Martineau began to seek a living as a writer, achieving recognition by winning all three prizes in a British and Foreign Unitarian Association essay competition in 1830.  The escape from provincial, Dissenting society was completed with the success of her Illustrations of Political Economy (an attempt to make the ‘new science’ of Adam Smith, Thomas Malthus, James Mill, Jeremy Bentham, David Ricardo and Thomas Carlyle accessible to the masses by means of illustrative moral fictions), published in twenty-four eagerly awaited volumes between 1832 and 1834.  This allowed Martineau the financial freedom to relocate to London.

Each story concluded with a list of ‘Summary Principles,’ represented by a different character, the author maintaining a dogmatic faith in progress and the socially beneficial nature of capitalism and competitive individualism.  The series ends with the final moral that ‘We must mend our ways and be hopeful.’  Her next series, Poor Laws and Paupers Illustrated (1833) and Illustrations of Taxation (1834), ploughed a similar furrow.  On visiting America in 1834, she wrote a traveller’s guide, How to Observe Morals and Manners, while still in transit, publishing her detailed observations in Society in America in 1837, where slavery is attacked (her argument emphasised by the inclusion of the personal accounts of slaves), as is the oppression of women, a subject Martineau tended to avoid in writing of her own culture.  Armed with her portable writing table, Martineau also visited Egypt and Palestine in 1846 – 47, subsequently writing Eastern Life, Present and Past (1848) which argues that Christianity is merely a stage in human evolution (Western religion of course being superior to Oriental).

Martineau was a great admirer of Jane Austen, and attempted to develop the method and message of her Illustrations with the novel Deerbrook in 1839, celebrating bourgeois domesticity while the lame (and unmarried) governess, Maria Young, bears more than a little similarity to her author.  Deerbrook suffers from the same didacticism which mares Martineau’s short fiction, but George Eliot admired its ‘depth of feeling’ and Martineau’s central plot of the marriage of the lonely country doctor, Edward Hope, to the flighty Hester rather anticipates the marriage of Lydgate and Rosamund in Middlemarch.   A second novel, The Hour and the Man, followed in 1841 and, that same year, a book of children’s stories: The Playfellow.

Martineau had moved to Ambleside in the Lake District in 1846, and immediately embarked on a series of improving lectures for local labourers. In 1848 the unmarried and childless Martineau wrote a guide to parenting, Household Education, which she followed next year with the Whiggish History of England during the Thirty Years’ Peace. Losing her religion, she became increasingly interested in Auguste Compte, translating his Positive Philosophy in 1853.  Plagued by ill-health all her adult life, she was diagnosed as terminally ill in 1855, promptly writing her autobiography (published posthumously in 1877).  Martineau in fact survived another twenty years and continued to write obsessively, championing causes as diverse as mesmerism (which she believed had cured her), and the repeal of the Contagious Diseases Acts.  She died at Ambleside on June 27, 1876, still convinced that she was right about everything and leaving a cache of personal letters which she had wished destroyed.

Martineau had written her own obituary, summarising that: ‘In short she could popularize, while she could neither discover or invent.’  Such a statement demonstrates Martineau’s own deference to her male heroes and her ambivalent feminism.  She believed that women were biologically suited to domesticity while she never married herself and revelled in her own individualism, claiming: ‘My work and I have been fitted to each other.’   Martineau rejected Mary Wollstonecraft as ‘a poor victim of passion,’ advocating instead (supposedly male) analytic detachment and self-control.  She believed women should become empowered through education to assume an equal, yet feminine role in Victorian society.  As Deidre David has argued, Martineau’s central contradiction is that women should become educated (as had she) so they may rationally accept their position as ancillary to men.  Martineau’s feminism must be read historically however and not judged too harshly: in an age where women took no active part in Government, Harriet Martineau wielded enormous political influence, in awe, as it turned out, of no man.

How to Observe Morals and Manners (1838)

Letters on the Laws of Man’s Nature and Development (With Henry G. Atkinson) (1851)

The Factory Controversy: A Warning Against Meddling Legislation (1855)

Suggestions Towards the Future Government of India (1858)

The Hour and the Man: An Historical Romance (1841)

The Crofton Boys. A Tale (originally included in The Playfellow) (1841)